YouTube Music supports ad-supported online listening for free subscribers. Offline listening is available on a subscription basis. However, users are not allowed to remove the protection for further use of YouTube Music tracks. Only the music tracks are converted to common formats, we can make full use of them. And for most Mac users, AIFF and ALAC songs can be easily compatible with media players on Mac. This leads to more and more users seeking to download music as ordinary AIFF and ALAC format songs.

Case closed! In the next part, we are going to generalize the most convenient and effective solution to download and convert YouTube Music tracks, albums, playlists, and other audio to common AIFF and ALAC formats. 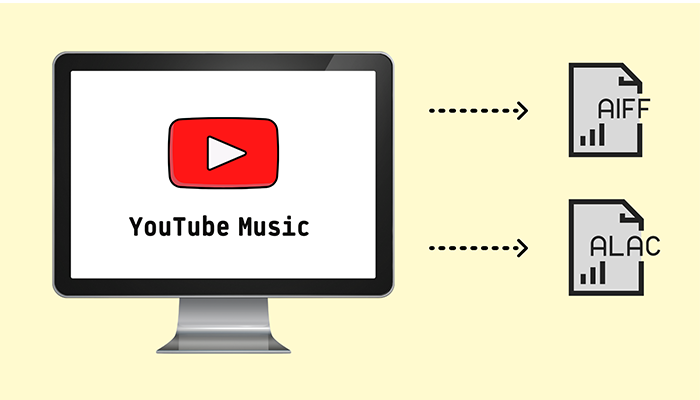 Preparations Before We Start.

🍉 What is ALAC format:

ALAC is the abbreviation of Apple lossless audio codec, which is a lossless audio format developed by Apple. Common ALAC-encoded audio files and AAC-encoded audios are encapsulated in m4a containers. The main difference between ALAC and MP3 is that during the encoding process, MP3 will cancel a small part of the audio data in the high frequency and low-frequency parts, while ALAC will record it faithfully and will not delete any detailed data in the audio. Since the data is lossless, the file size of ALAC audio will be relatively large.

🍉 What is AIFF format:

AIFF is the English abbreviation of Audio Interchange File Format (AudioInterchangeFileFormat). AIFF is a file format that stores digital audio (waveform) data. AIFF supports a variety of bit resolutions, sample rates, and audio channels. It is a sound file format developed by Apple. It is supported by the Macintosh platform and its applications. LiveAudio in NetscapeNavigator browser supports AIFF format, and SGI and professional audio software packages support AIFF format. AIFF is used in personal computers and other electronic audio devices to store music data. AIFF is the standard audio format on Apple computers and is part of QuickTime technology. 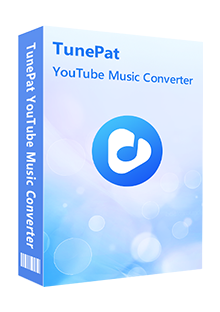 Followed by the knowledge of TunePat YouTube Music Converter's main features, we take the steps to download and convert YouTube music to an AIFF and ALAC format without hesitation.

Get this TunePat YouTube Music Converter installed on your Windows PC or Mac. Click the "Open YouTube Music Web Player" button after you start this software. 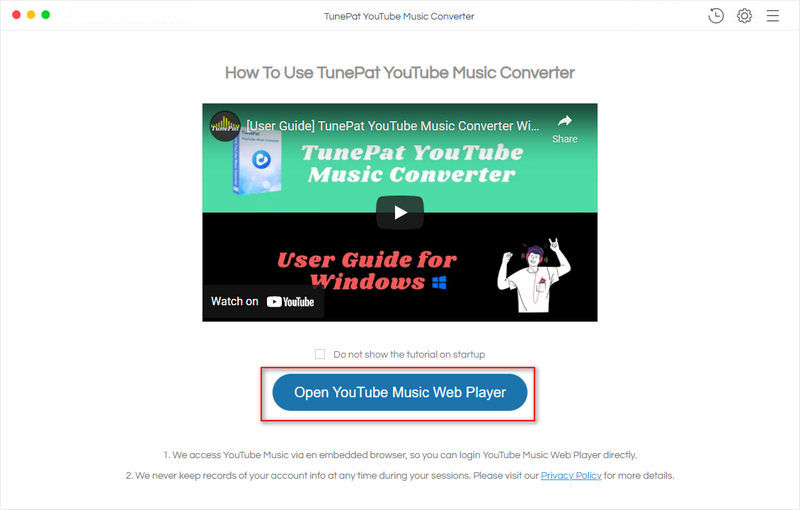 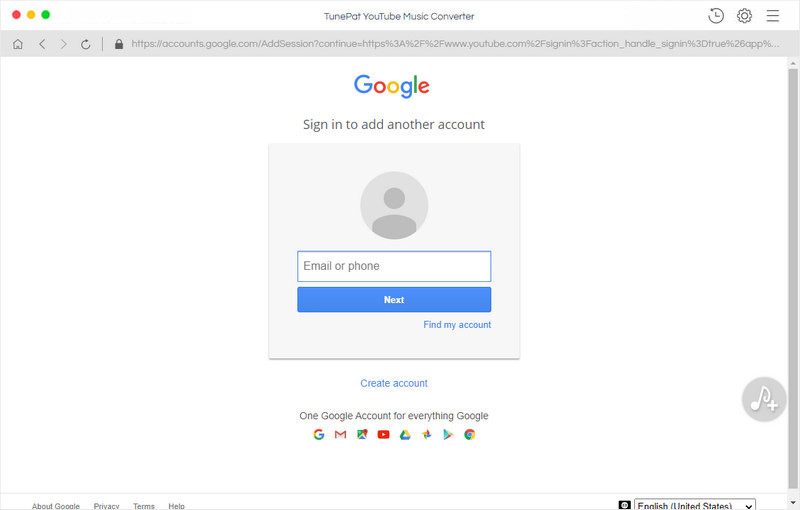 Head over to the "Settings" button in the top right. When you see a pop-up setting window, you can freely change the output settings according to your need. We list the main options in the settings below.

Choose AIFF or ALAC when you want such an output format. The options in the sample rate setting will change accordingly. 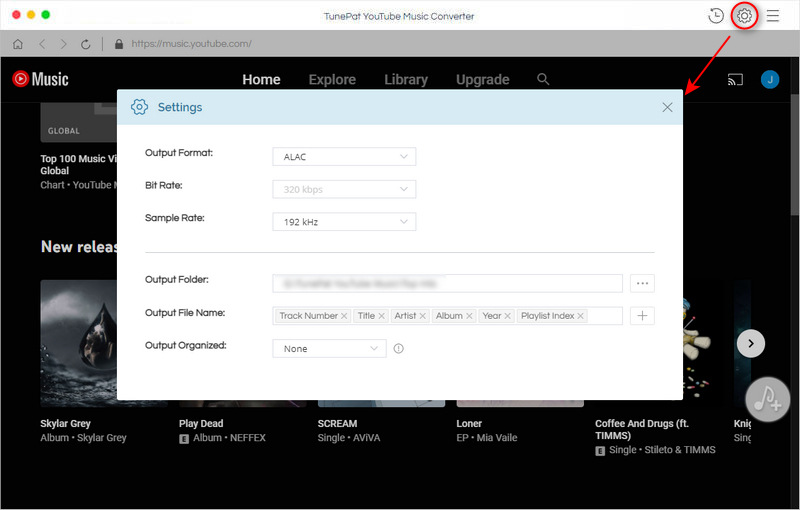 Locate the songs, playlists, and albums to be downloaded. Then tap on the "Add to List" button to extract songs. Once you've decided which songs you want, click Convert Now to generate a conversion immediately. Or click "Save to list" to add the songs. There is a "task list" that will show. Songs will be added to the "task list" temporally. Open another playlist to add more songs. When you call for an end to add more songs, hit on the "task list" button in the upper right. At last, start converting all songs at one time. 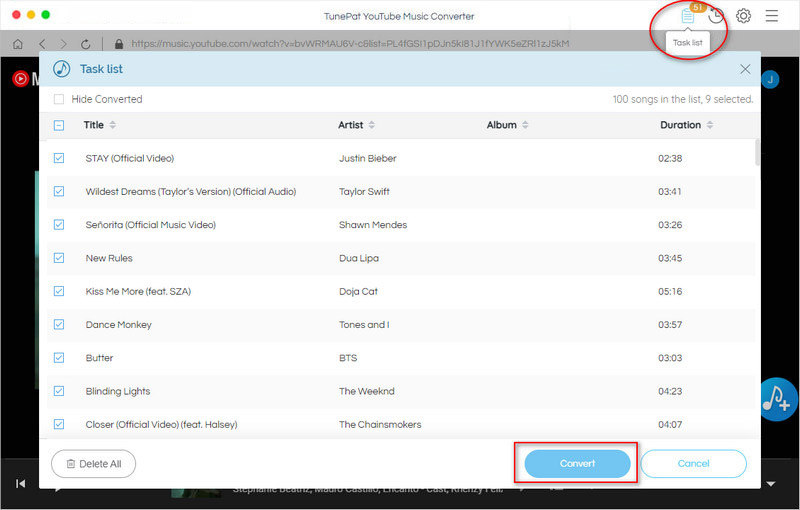 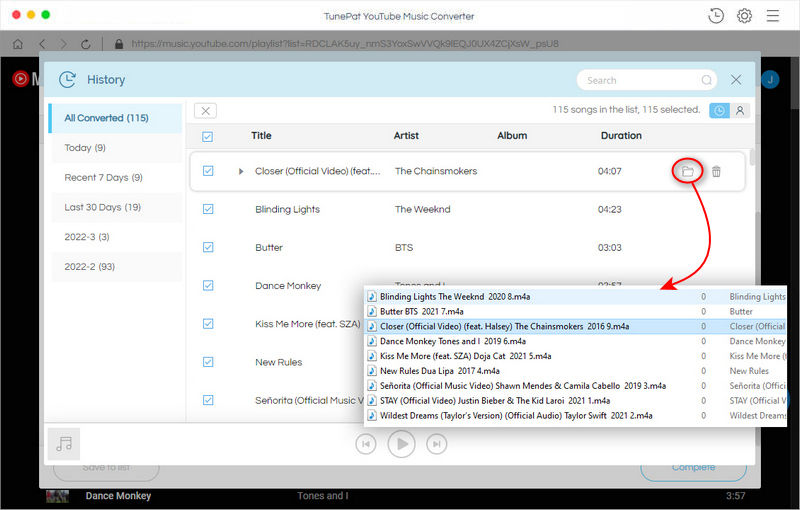 It takes only a few steps to download and convert YouTube Music tracks you like to AIFF or ALAC formats. Perhaps it's the deal you will get. Download and install this magic TunePat YouTube Music Converter and have a free trial right now!

Import YouTube Music to Any Kind of DJ Software