As one of the most competitive opponents of Spotify, Amazon Music owns over 75 million users now. Both of these two services enable 30-day trials to test their paid versions. While by comparison, Amazon Music has richer subscription plans than Spotify. It includes Prime, Unlimited, Unlimited Family, Echo, and HD. And Amazon Music also offers users an account that is free of charge but you will be always disturbed by the ads. As you know, Prime Music is included with an Amazon Prime Music membership. You can freely get access to millions of songs, playlists, albums and stations. Becoming an Amazon Music paid user, you can play music offline on the devices.

As a paid user, you’re allowed to download music tracks for listening offline on up to four authorized devices. However, the music should be played within the Amazon Music app. In a simpler word, you can’t export these downloaded files for use on other apps, devices or any other external storage. At this time you need an effective Amazon Music converter to work this issue out. Here we’re going to make a comparison of the top 5 Amazon Music converters.

TunePat Amazon Music Converter should be your top priority if you’re finding an amazing Amazon to MP3 converter. This converter enables you to export plain MP3, AAC, WAV, FLAC or AIFF music files from Amazon without losing original audio quality. With the advanced encoding and ID3 tag identification technology, it gives you the best user experience by converting songs at 10X faster speed in batch and with the metadata kept. To make it easier for you to manage your music library, you’re allowed to organize them by artists or albums. You can also save the output files in the same order as the original playlist.

Furthermore, you can run TunePat on your computer with no need to install any other extra apps, no matter the Amazon app or other virtual sound drivers. In this way, you can get all songs you like in the simplest interface in a minimum number of steps. Come on and try the time consumer for every Amazon Music user. 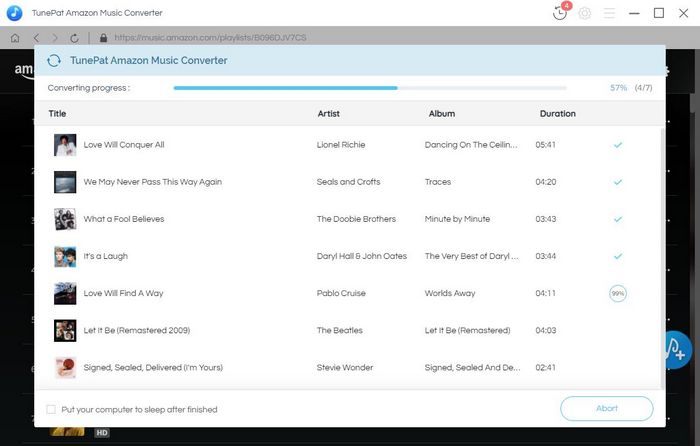 Unlike the traditional audio recording tools on the market, AudiCable can smoothly record the songs you want without missing the ID3 tags. The title, artwork, artist and more information of the recorded songs, playlists, albums and radio will be preserved. It is worth mentioning that this recorder provides an entrance for us to manually add a custom URL into the box if your preferred streaming service is not listed on the page. It’s fairly helpful software. 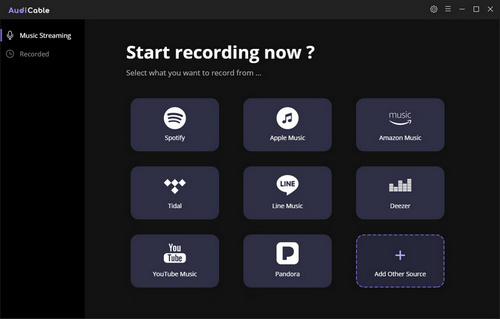 Sidify Amazon Music Converter is an awesome Amazon Music to MP3 converter for Windows computers. It has a highly intuitive interface and simple operation steps. Simply drag and drop songs or a playlist you wish to convert from Amazon Music app to the Converter, then the songs can be converted into MP3, AAC, WAV, FLAC, ALAC and AIFF files and you can save the songs on unlimited devices later. Besides, it can also keep Ultra HD audio quality for Amazon Music HD subscribers after conversion.

This Amazon Music Converter offers us 3 conversion modes. Amazon Record represents recording music directly from Amazon, while the YouTube Download mode is to search and then convert songs from YouTube. The Intelligent Mode should be always recommended among these 3 choices for the reason that when you choose this mode, the stability of conversion will be greatly improved. Download this program and select MP3 or AAC as the output format to get higher audio quality. 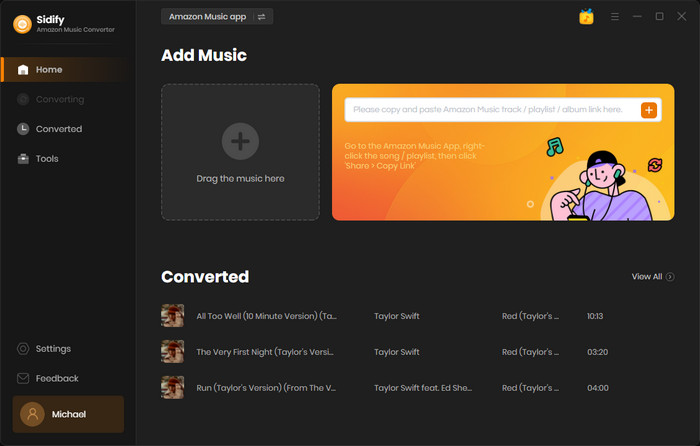 Wondershare Streaming Audio Recorder is a real-time digital audio recorder that is capable of recording audio sources (like Amazon Music) that are automatically detected on one’s computer. It supports recording a variety of radio and podcasts like NPC, iHeartRadio, RTVE, 8 Tracks, RDIO and more into MP3 or M4A. The format can be compatible with smartphones and other devices. The recorded songs are all ad-free. Also, if needed, you can manually split the audio files into ringtones or burn the favorite playlist into CDs with the converter. 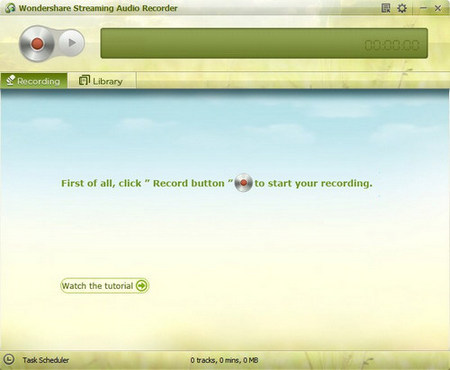 Audacity is an open-source, multi-track and good audio recorder that can be fully supported by different computer systems, including Windows, macOS, GNU/Linux and other operating systems. With this tool, users can record live audio or streaming music in a common format, like MP3, AAC and etc. It can edit with a simple Cut, Copy, Paste and Delete option and unlimited sequential Undo & Redo in the session to go back any number of steps with ease. You are provided with a real-time preview of the added effects.

The UI design of Audacity is not so good, but you can learn how to edit an audio clip free of charge. If you want a better interface, you can consider other programs we mentioned above. 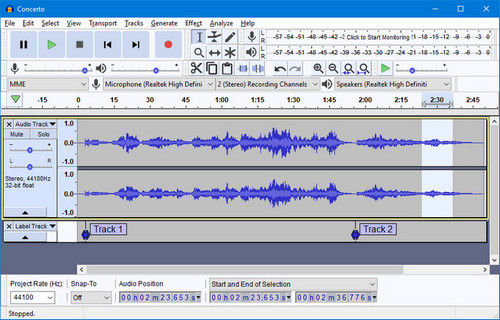