We love to listen to music, whether pop music chart, curate playlist, or selected podcasts when we are working, driving, walking, exercising, or on other more occasions. That's the reason why we need to subscribe to one of those music streaming services such as Spotify, Apple Music, Amazon Music, Deezer, Tidal, or Pandora, by spending at $10/month at least. And if you have an Amazon Prime membership, you already have access to Amazon Prime Music that offers up some 2 million songs. But if you want to get unlimited 75 million songs, you can upgrade to Amazon Music Unlimited at $7.99/month, while non-members need to pay $9.99/month to get it. 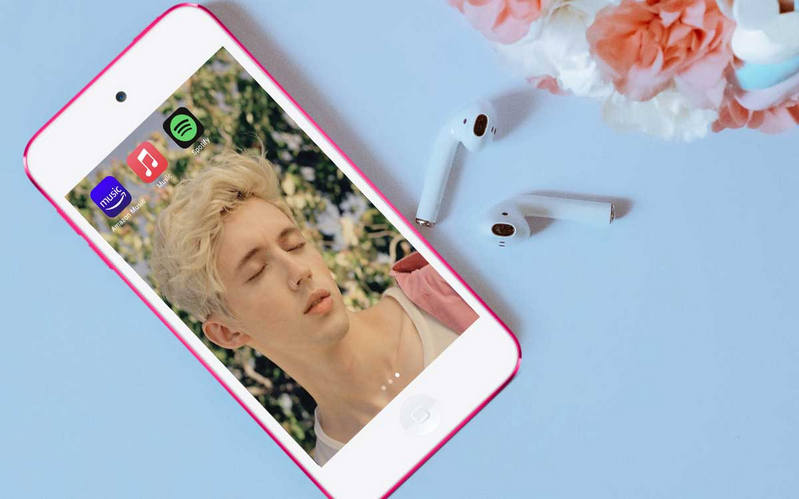 After a long-time exploring Amazon Music Unlimited, we found out some of the things that we like about it:

Everybody knows Spotify. It also becomes one of our favorite streaming music services. And Spotify might be the first music player that most of us have ever used. The entire library for the past several years is on it, so it is hard to start over and try another streaming music service. As one of the earliest streaming music platforms, Spotify has completely changed the way we listen to music and become a part of our life.

First of all, we can play Spotify music on almost all devices that we can think of. We can access to it in more places, such as the web player, iOS and Android devices, Windows and macOS X, TV and game consoles, and almost all the stereo speakers in the market. Especially with the seamless controlling of one device with another, also known as Spotify Connect (Premium only), our current listening sessions will be synced to the cloud, and we will be able to use any of our devices to control exactly where and how our music plays. Spotify Connect also lets us switch the music we are listening to from mobile phones to the stereo speakers or other devices without stopping playback. 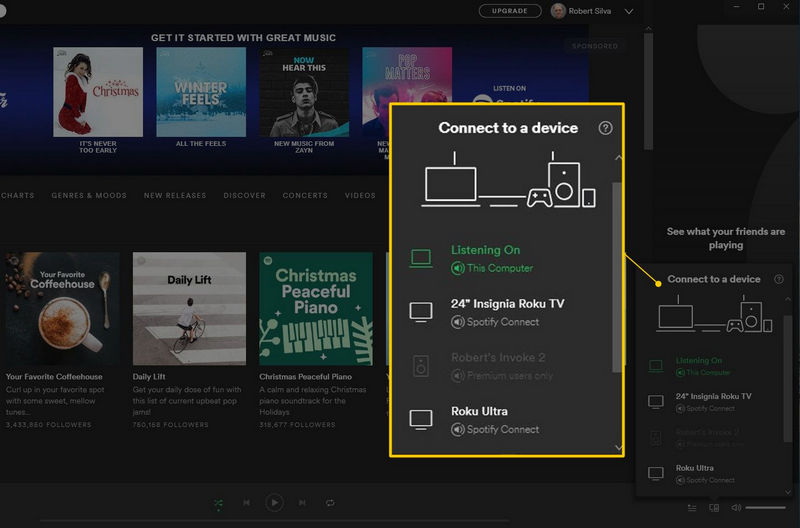 In the second place, Spotify is the best platform for discovering new music, especially when we have no idea about what music we would like to listen to. Spotify does an exceptional job at finding music we love and music we listened to and loved. The powerful music discovering feature gives the most credit to the superior algorithms which affect the music tastes prefer, and the awesome recommendations with the curated playlists. There are so many kinds of playlists (Discover Weekly, Release Radar, Radio, and Daily Mixes) for almost everything we could think of, so we can find the right music for any event a breeze.

For the convenience of users, Spotify adds podcasting as another feature to the application and keeps music and podcast together to allow users to listen to all audio from the same platform. Spotify also adds Podcasts to the discovery page for music, and users can spend more time on the Spotify app than a regular music listener. Although most people don't think podcasts and music go together, because they're completely different.

In conclusion, Spotify focuses on playlists that perfect for more of a playlist kind of person. 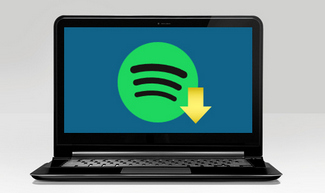 Recommended: How to Download Music from Spotify to Computer?

If you have found the songs, playlists, or podcasts on Spotify, then you would like to be able to listen to them offline. Spotify allows the Premium users to download their favorite songs so that they can listen to them on the airplane, train, or elsewhere without any internet connection. If you are a heavy user who usually downloads music or podcast from Spotify, you can take a look at this ultimate tutorial on how to download Spotify music and podcast with and without the Premium.

In contrast, Apple Music is a streaming service that focuses on albums and library. After 5 years, Apple Music is now better than when it was first released. And we can find some differences from years ago.

Most importantly, Apple Music is the only streaming service that allows us to upload our music and seamlessly integrates uploaded local music and streaming music into one place. For example, you can add the music from CDs that you collected for years or various other songs that no music service offers to Apple Music and also upload them to iCloud Music Library which makes it easy to stream songs we have added to our collection that isn’t natively available on Apple Music. And you can also edit the metadata of saved tracks so that the library is organized and clean.

It is also clear that Apple Music respects user’s existing libraries because you can organize and customize music in the library based on artists, albums, or genres, while Spotify forces you to organize the library based on playlists. The Library of Apple Music consists of playlists, artists, albums, songs, downloaded, as well as most recently added music, and it is exactly what someone wants to see when opening music, and it is what they use most often.

Besides, Apple Music works better with the Apple ecosystem than other streaming music services. It works nicely with HomePod, iCloud family sharing, HomeKit, Apple TV, CarPlay, Apple Watch, iPad, iPod touch, Mac, and of course iPhone with AirPods. Also, it is well integrated with the Shortcuts, and Music Harbor app. By the way, the real-time lyrics are also awesome.

In conclusion, if you are a particular man who wants to keep your library, including your music collections and the streaming music, in a more organized and customized way, you will love Apple Music! Although the music discovering feature falls behind Spotify slightly, Apple Music has already done an excellent job of learning the taste. 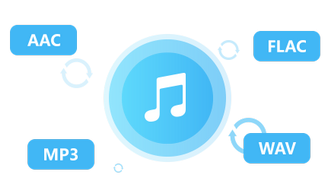 Recommended: How to Convert Apple Music Songs to MP3?

TunePat Apple Music Converter is specially designed to record songs, playlists, and albums from Apple Music and convert them to MP3 for offline playback. After downloading, you can enjoy Apple Music songs on your MP3 player, burn them to a CD, or share them with your friends. The downloaded audio files are kept with lossless quality and the ID3 tags as well.

Is the superior sound quality really important for us? It has always been a controversial issue. Some think that it matters, but others hold a different view that it is hard to hear the difference unless they have good hardware, software, headphones, and speakers to play the high res audio and get Master Quality to work.

Unlike Spotify focuses on playlists, and Apple Music emphasizes the organization of the library, Tidal is more about albums and EPs instead of playlists. We will find that we listen to more full albums since we have been on Tidal and that is very enjoyable. Tidal also logically organizes the music collection: if you favorite an album, the album is in your My Collection > Albums; if you favorite a track, the track is in your My Collection > Tracks, and so on.

Are Hi-Fi streaming and compatibility with MQA the only selling points of Tidal? Besides the Hi-Fi/Master audio quality, what makes Tidal become our preferred choice overall? It seems that Tidal feels like a music service made for music lovers, especially for the more serious music enthusiast that will spend more. It is all about the music and artist. When we play a track on Tidal, we can see the names of all the musicians and the instruments they played. And Tidal says it is artist-owned and claims to pay the highest percentage of royalties to songwriters in the streaming market. Music videos, music-related podcasts, and live shows also add to the experience. 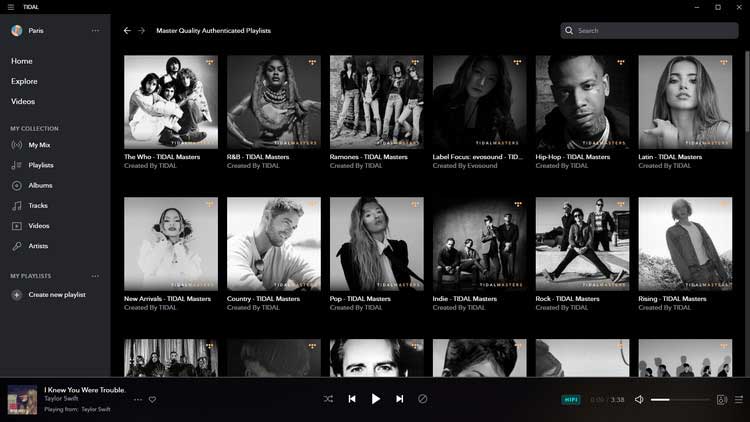 For the audiophile, the ability to integrate with Plex, Roon, and Audirvana also make Tidal offer users high-level experiences. Tidal is the best entrance into Hi-Fi music. It is all about music without gimmicky features. 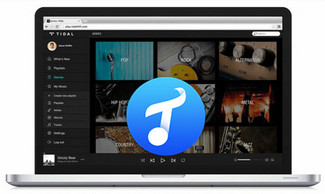 If you are so happy with a lot of features of Tidal and subscribe to Tidal Premium or Tidal Hi-Fi, but hate that there is no offline mode on desktop (Windows and Mac), we highly recommend Tidal Media Downloader for you guys to download unlimited audio files from the Tidal web player to MP3, AAC, WAV, or FLAC format with Hi-Fi audio quality kept.

If you want to know which music streaming service is better for you, you can consider what features you need/use the most in a music service. Spotify is good at discovering new music based on various playlists. Apple Music works better with the Apple ecosystem than other streaming music services. Tidal is for the more serious music enthusiast who is willing to spend more money to pay for the professional equipment and third-party services. If you have Alexa products, a Prime account, and want to purchase digital music, just choose Amazon Music, and if you need high-quality music, you can upgrade to Amazon Music HD. The other streaming music services, such as Deezer, YouTube Music, Google Play Music, Pandora, SoundCloud, and Last.fm are also best to subscribe to. We will supplement the details about these services after the trial.